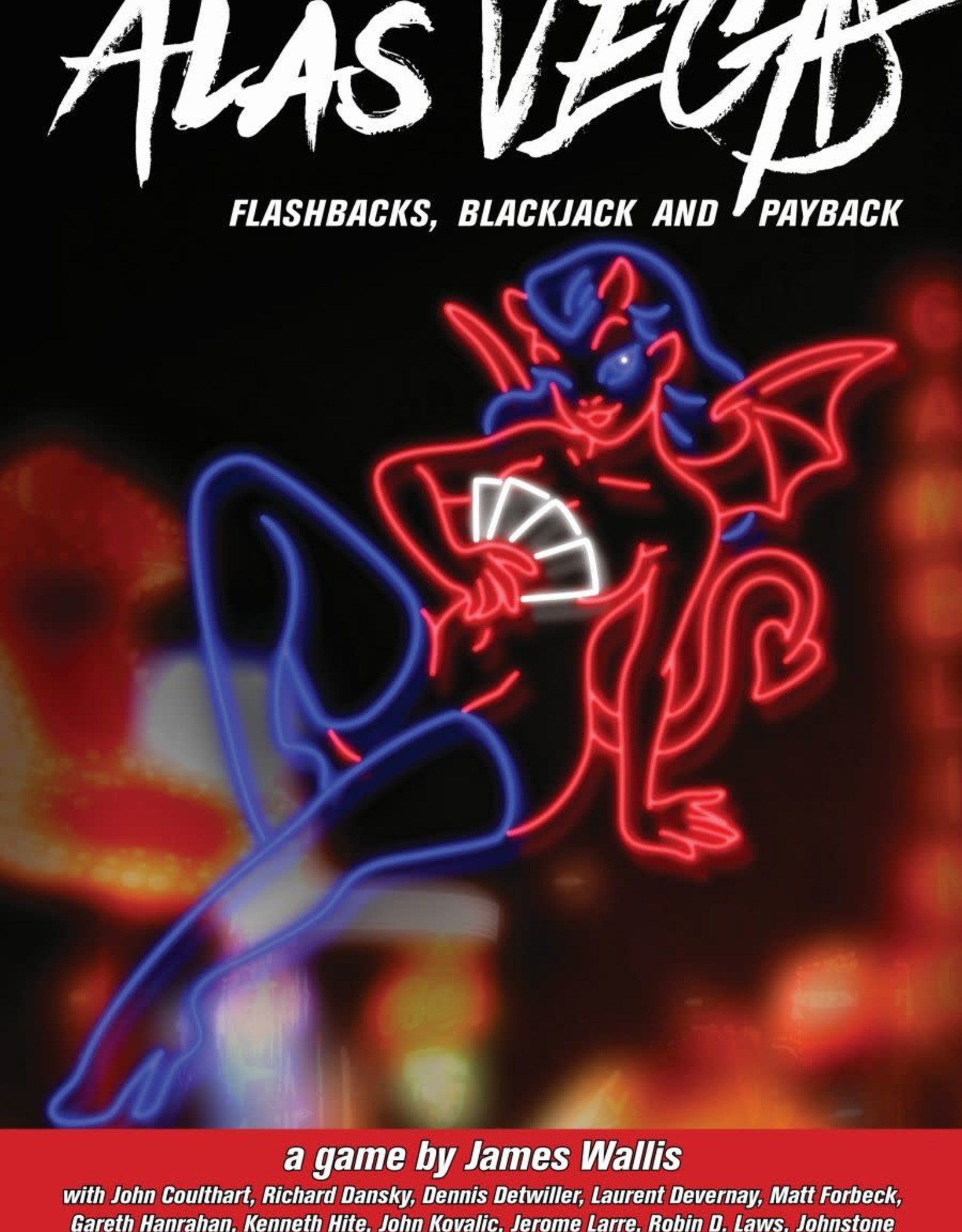 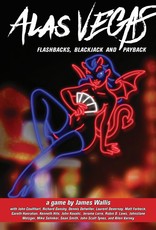 You wake in a shallow grave in the desert. It’s night. You have no memory of how you got here, or who you are, or the location of your clothes. A scar of neon in the shape of a city squats on the horizon. There are answers there. And trouble.

ALAS VEGAS is a dark journey through a bizarre and terrifying casino city where everything has a cost. Caught in a war between the Rat Packers who run the place, the players must find allies, the truth, and a way to escape. Memories are recovered, secrets are revealed, old debts are settled, and nothing is what it seems.

Your character sheet starts as blank as your memories, but your character gains skills by having flashbacks to their previous life, so as the game progesses their backstory does too - and intertwines with other characters', and with events that happen in the game, creating a complex and twisted story.

The mechanics are based on the casino game Blackjack played with Tarot cards, creating high-tension showdowns, and spinning the game's narrative from the cards that come up in play.

ALAS VEGAS runs on the Fugue game system, built to tell stories of characters with amnesia. It uses Tarot cards and rotating GMs to create unique, high-tension adventures, heavy on character and narrative. The book contains ideas, background, and game-running advice by some of the finest RPG designers alive, and three extra Fugue campaigns:

Plus all the Fugue mechanics, of course.

PLUS A HOST OF STARS

ALAS VEGAS also contains articles by some of the finest games writers of the last two decades: