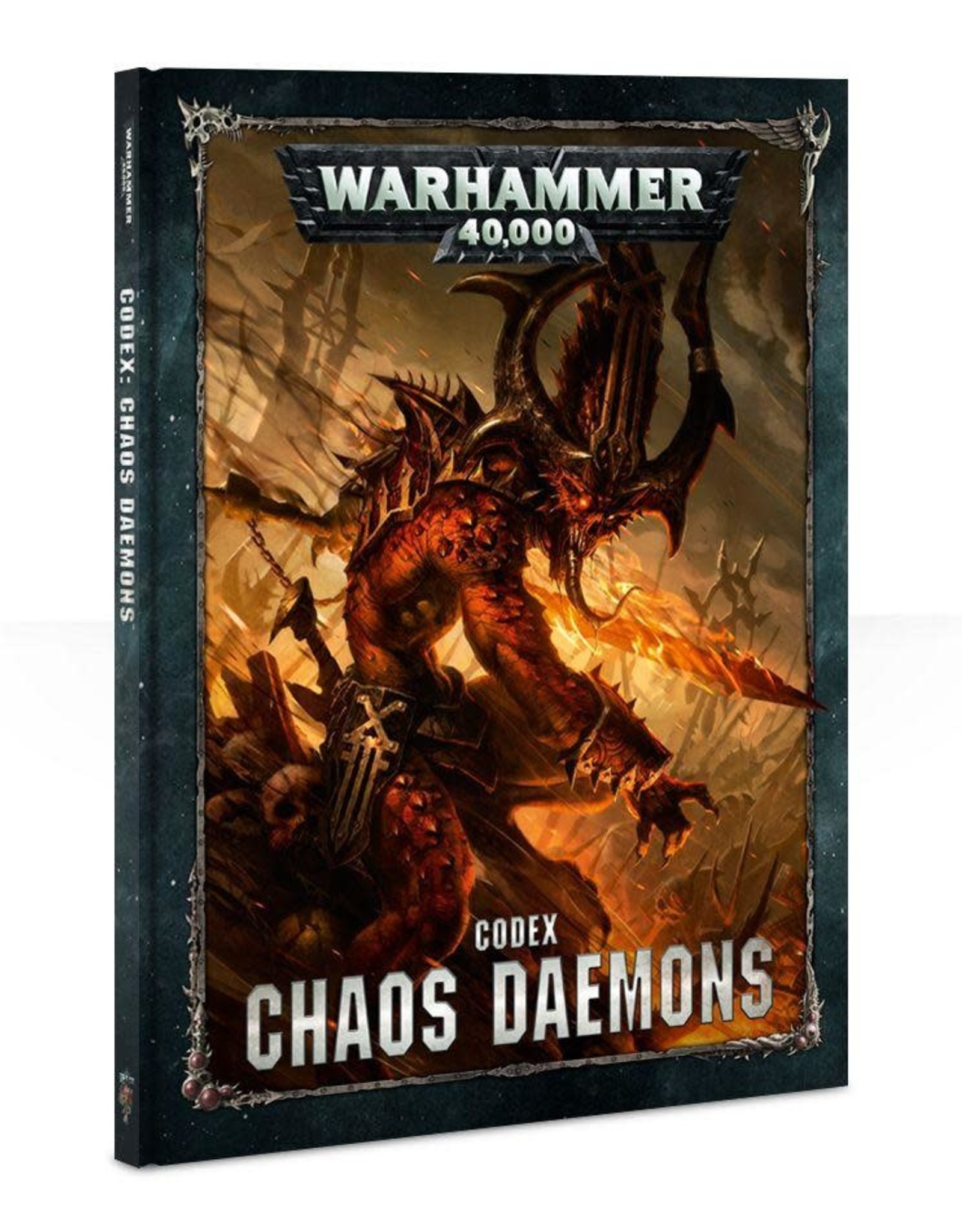 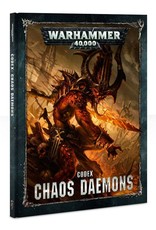 Beyond the boundaries of space and time, the Chaos Gods observe the galaxy with ancient and malevolent eyes. To these terrible entities, realspace is simply a battlefield, and its inhabitants mere pawns in the grandest game of all – the struggle for ultimate dominion between the Ruinous Powers themselves. Their truest servants, who fight this war in their names, are the daemons created in their own image: creatures of staggering power, horrifying aspect and exceptional cruelty.

- The Chaos Gods & Their Infernal Legions: descriptions of the warp, the maddening realm that the Chaos Gods call home, and of the major Chaos Gods – Khorne, Slaanesh, Tzeentch and Nurgle – along with their servants, the Chaos Daemons;
- Examples of the compositions of daemonic forces for the 4 Chaos Gods – the Scintillating Legions, the Plague Legions, the Blood Legions and the Legions of Excess;
- Galactic Corruption: a map showing the impact of the Great Rift, from which the malign energies of the warp pour into realspace, with details of warp storms, Chaos strongholds and daemon worlds;
- Chaos Rising: a brief history of major warp-based catastrophes and daemonic incursions – at least, the few that remain on-record…
- Background and details on each character and unit available to a Chaos Daemons army;
- A showcase of beautifully painted Citadel miniatures, with example armies featuring everything from individual images of models to battle scenes on terrain.

Everything you need to get a Chaos Daemons army primed for games of Warhammer 40,000 is in here: