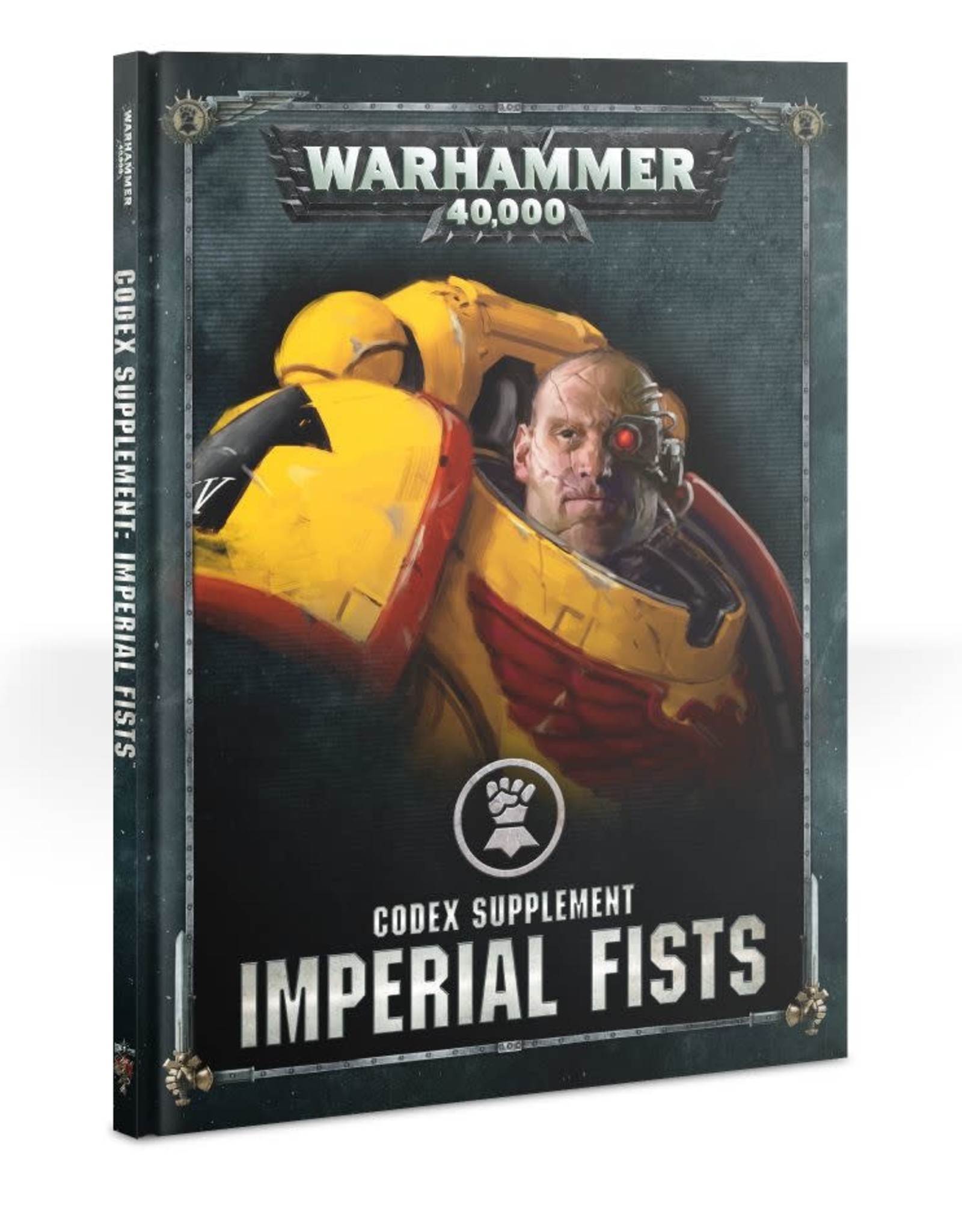 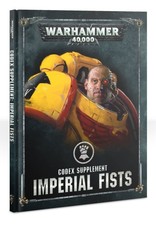 The Imperial Fists are the most stalwart of all Adeptus Astartes, and their stoicism in battle is legendary. When not serving in their celebrated role as Sentinels of Terra, the Imperial Fists ply the stars aboard their matchless battle station, Phalanx, to defeat the Emperor's foes wherever they may be found. Inside this 64-page hardback codex supplement, you'll find everything you need to unleash the Imperial Fists in battle, plus thrilling lore and art to inspire your own collection.

Inside this book, you'll find:
- The history of the Imperial Fists and their relentless determination to live up to the exacting standards of their Primarch, Rogal Dorn
- A detailed description of Chapter organisation and iconography
- An Imperial Fists bestiary with a detailed background for Captain Darnath Lysander of the 1st Company and Captain Tor Garadon of the 3rd Company
- Key background information on the Crimson Fists – the legendary successor Chapter of the Imperial Fists – and a bestiary of Pedro Kantor, their valiant Chapter Master
- A showcase of stunningly painted Citadel miniatures
- Rules for Captain Lysander, Captain Garadon and Chapter Master Pedro Kantor
- Stratagems, Warlord Traits, Tactical Objectives, Relics of the Fists and the Geokinesis discipline, defining the ways that the Imperial Fists wage war
- And more!

You will need a copy of Codex: Space Marines and the Warhammer 40,000 rulebook to use the rules included in this codex supplement.