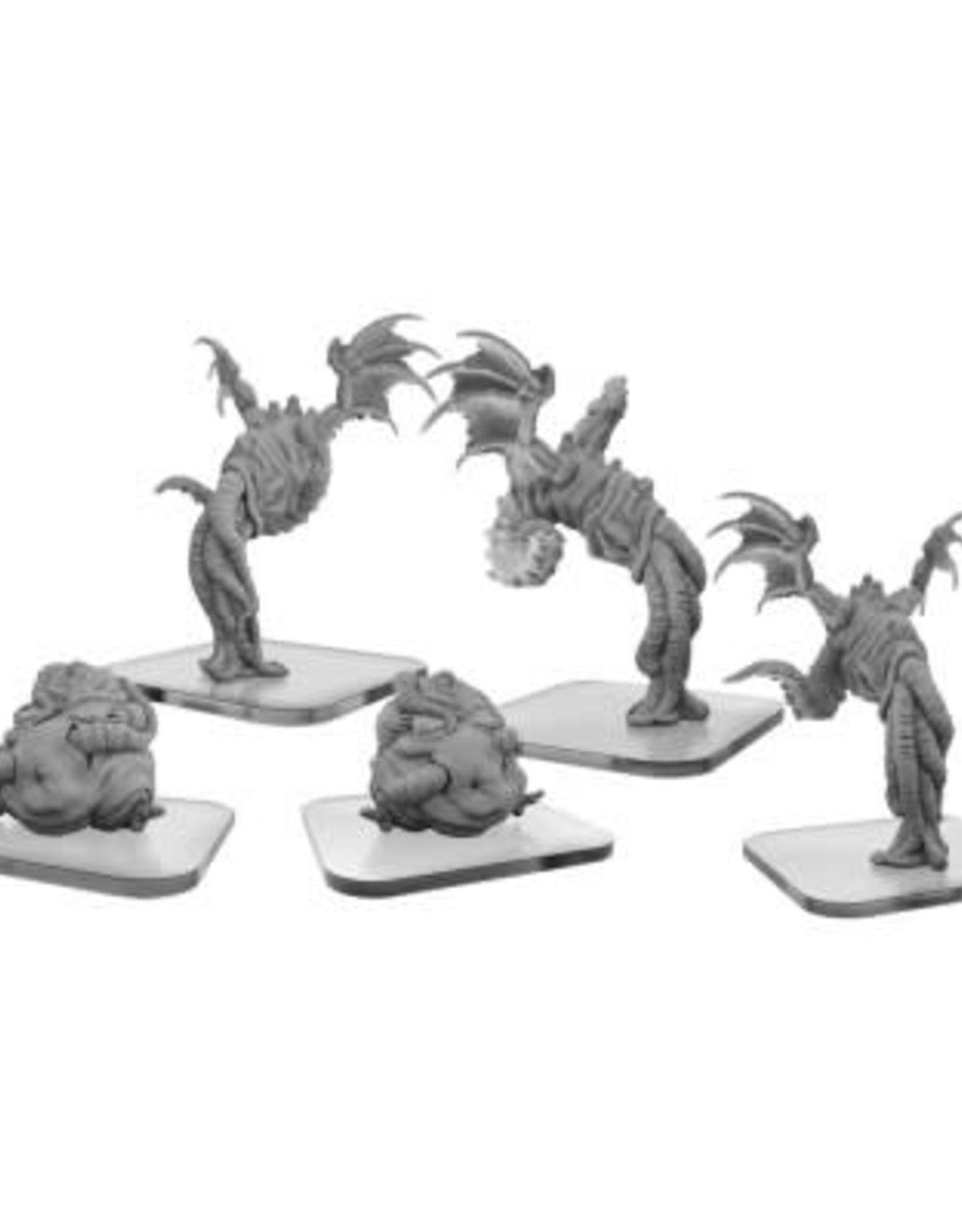 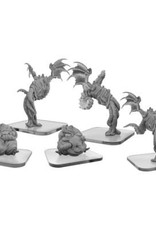 While most of the horrors brought by the Lords of Cthul slither across the ground on a multitude of turgid tentacles, the squix flaps through the skies above on bat-like wings, seeking living prey to drain of vitality.

In a horrific parody of living things, meat slaves are egglike incubators formed from the flesh of former cultists and victims within which any of the still-forming minions of Cthul bubble and seethe. At the slightest disturbance, their membranes tear open to unleash the monster within.

This blister pack contains Lords of Cthul units to expand your Destroyers force. Squix flit across the city to disrupt the attacks of enemy models. Meat Slaves carry within them the potential to be any other Lords of Cthul unit. When they are destroyed, a new creature bursts forth from their bloated form.