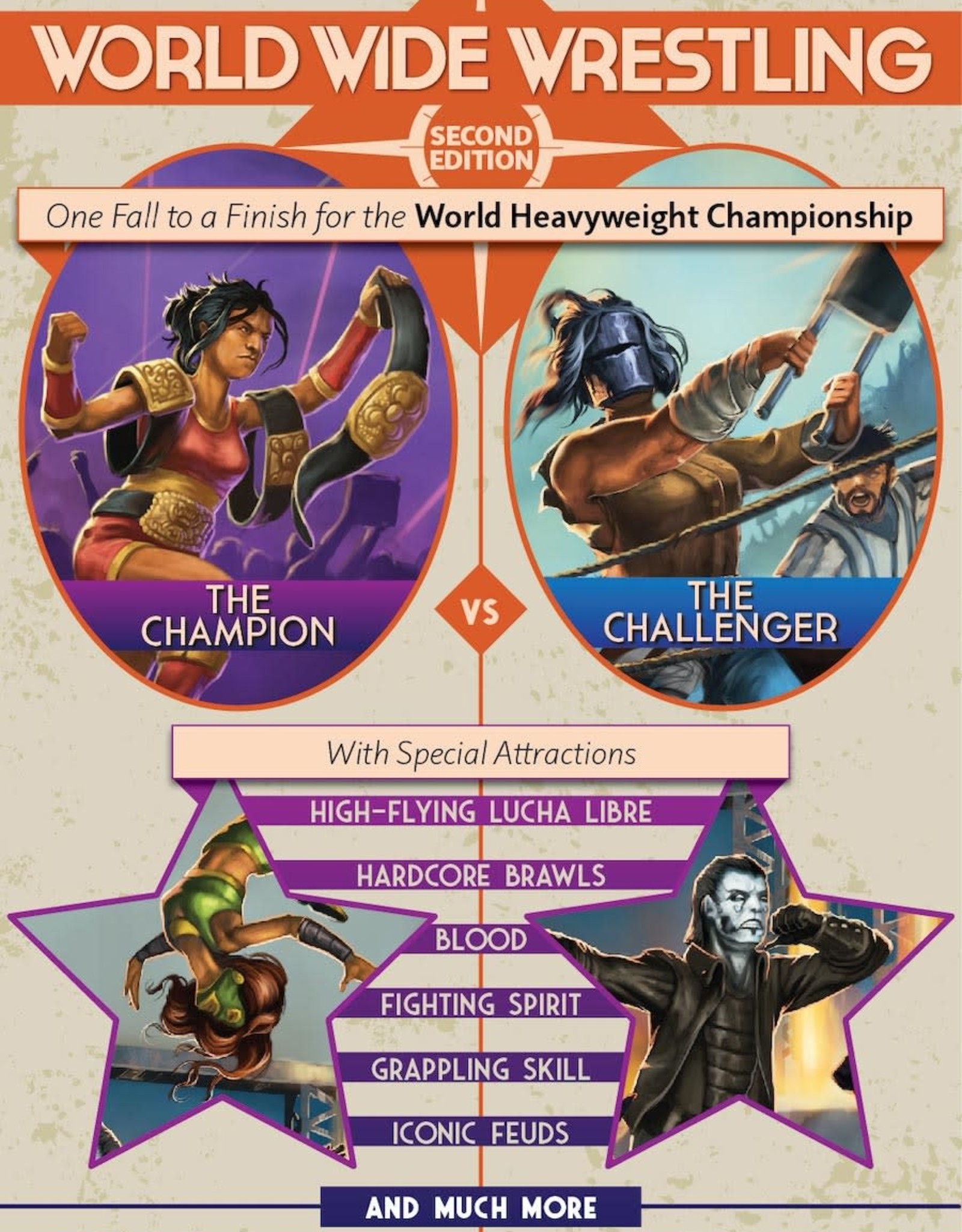 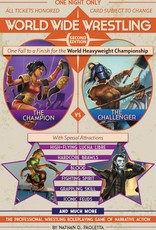 This is a 260 page color softcover book, 6.675” x 10.25” (graphic novel size). It collects and revises all of the material published for the original World Wide Wrestling and its supplements. It includes:

World Wide Wrestling: Second Edition is suitable for groups of 3-8 players, with one player taking on the MC role of Creative, and the rest playing individual wrestlers who both perform larger-than-life characters in the ring and pursue their own career advancement behind the curtain. In addition to everything you need to play out one-shot Episodes and full Seasons of linked storylines, the game includes variations included for 2-player games, Invasion angles and playing out games with multiple rosters competing to find out who's Promotion will reign supreme!

World Wide Wrestling: Second Edition is Powered by the Apocalypse.