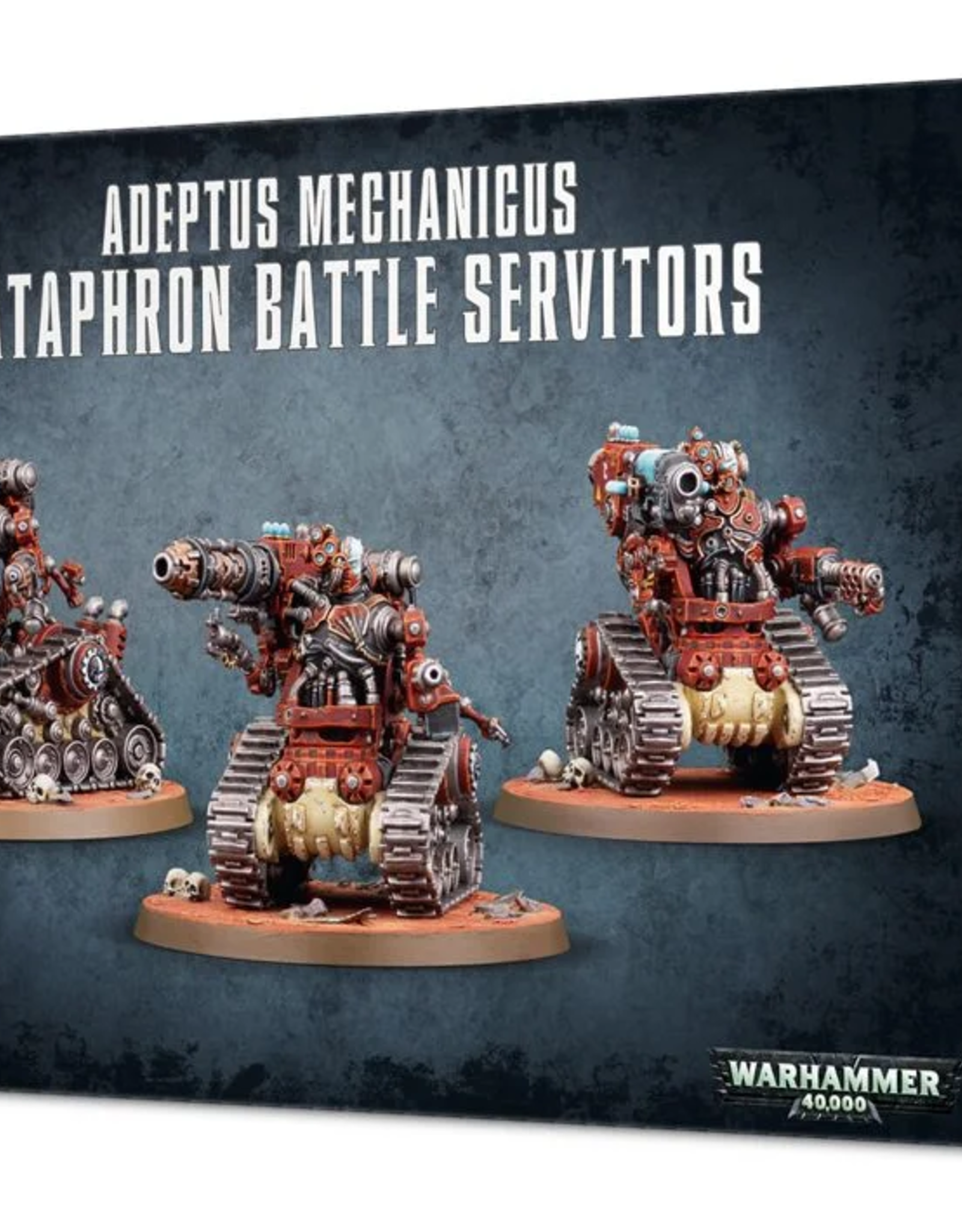 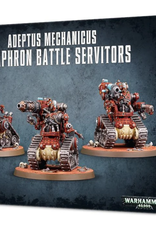 Much larger and far more powerful than the servitors used by the rest of the Imperium, Kataphron Breachers are not so much born as assembled. Fulfilling the role of living shield and battering ram, they are used by Tech-Priests to smash apart enemy lines and fortifications on their insatiable quest for technology to assimilate. Utterly deadly at close-quarters, their heavily-armoured torsos and covered tracks carve a brutal swathe through anything in their path.

This multi-part plastic kit contains an impressive 157 components, with which you can make three Battle Servitors, either Kataphron Breachers or Kataphron Destroyers. Supplied are three Citadel 60mm Round Bases.