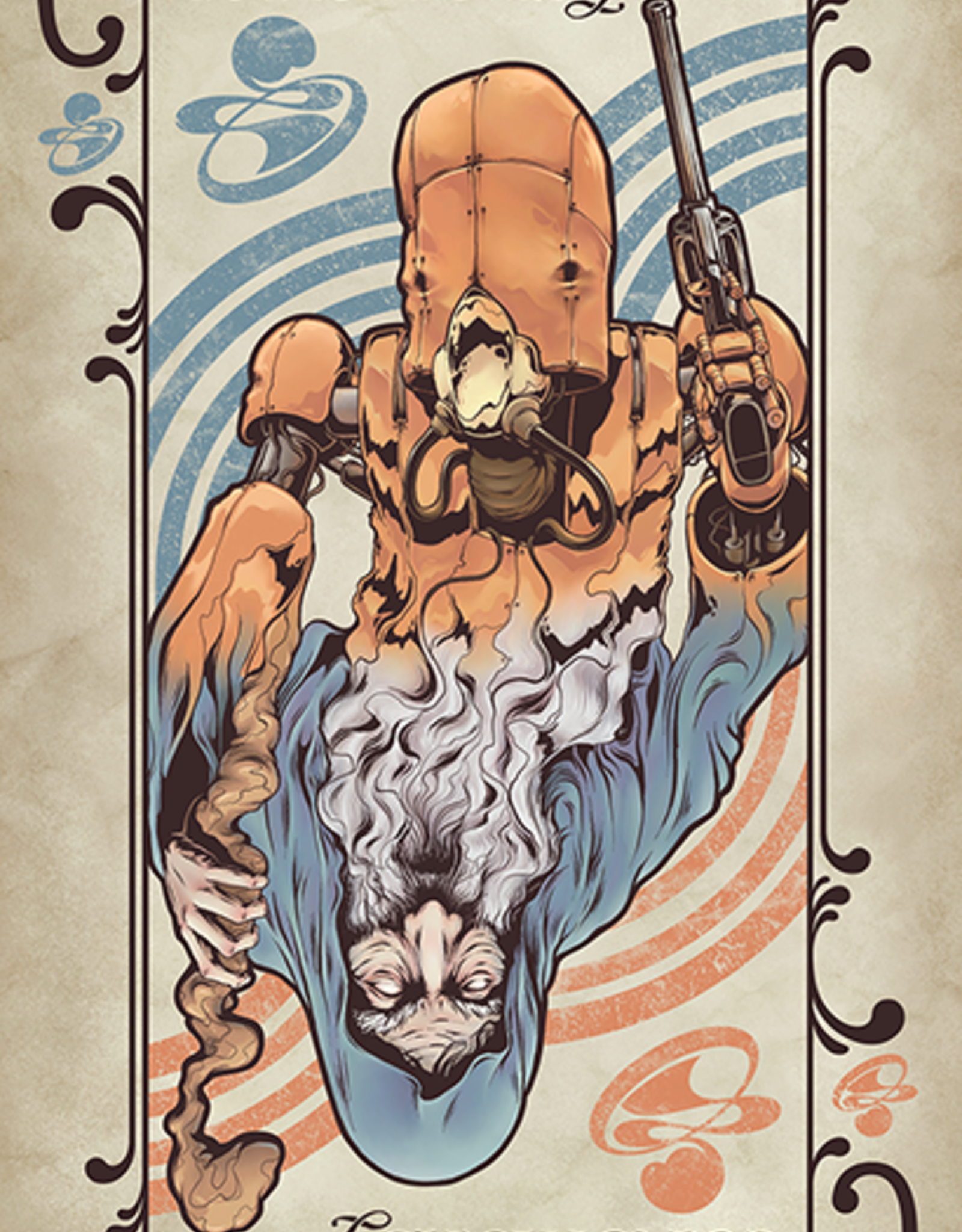 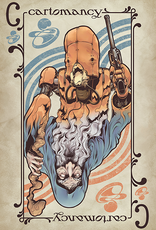 Cartomancy is a roleplaying game that will let you tell any story you like, so long as it has big action. You will use standard decks of playing cards to power your characters and represent the world on the tabletop. 3-6 players, flexible game play time, ages 8+.
This is a game for players who want interesting gameplay decisions and the ability to tell a story in your own way.

* The same rules can represent swords or laser rifles, a dinner conversation or a ravaging tyrannosaurus.
* Focus on the big stuff that really matters to your story; never get bogged down in minutiae again.
* Perfect for one-shots with little notice but can also support campaign play.
* Power system allows everyone to bring something unique to the party.
* Cards allow you to control your own luck; don’t let a bad die roll control your story.

In addition to the core rules, four settings with pre-built adventures are included.
* Four Kings: an introductory adventure and setting that should be comfortable for most RPG gamers.
* Space Marshals: a playset from the good old days of rayguns and monsters.
* Consoles & Cards: 8 and 16 bit adventures like you played on game consoles, now on your table.
* Toytastrophe: a rules-light war game that uses the Cartomancy system to let you do battle with toys.

Plus everything you need to make your own settings, fast!