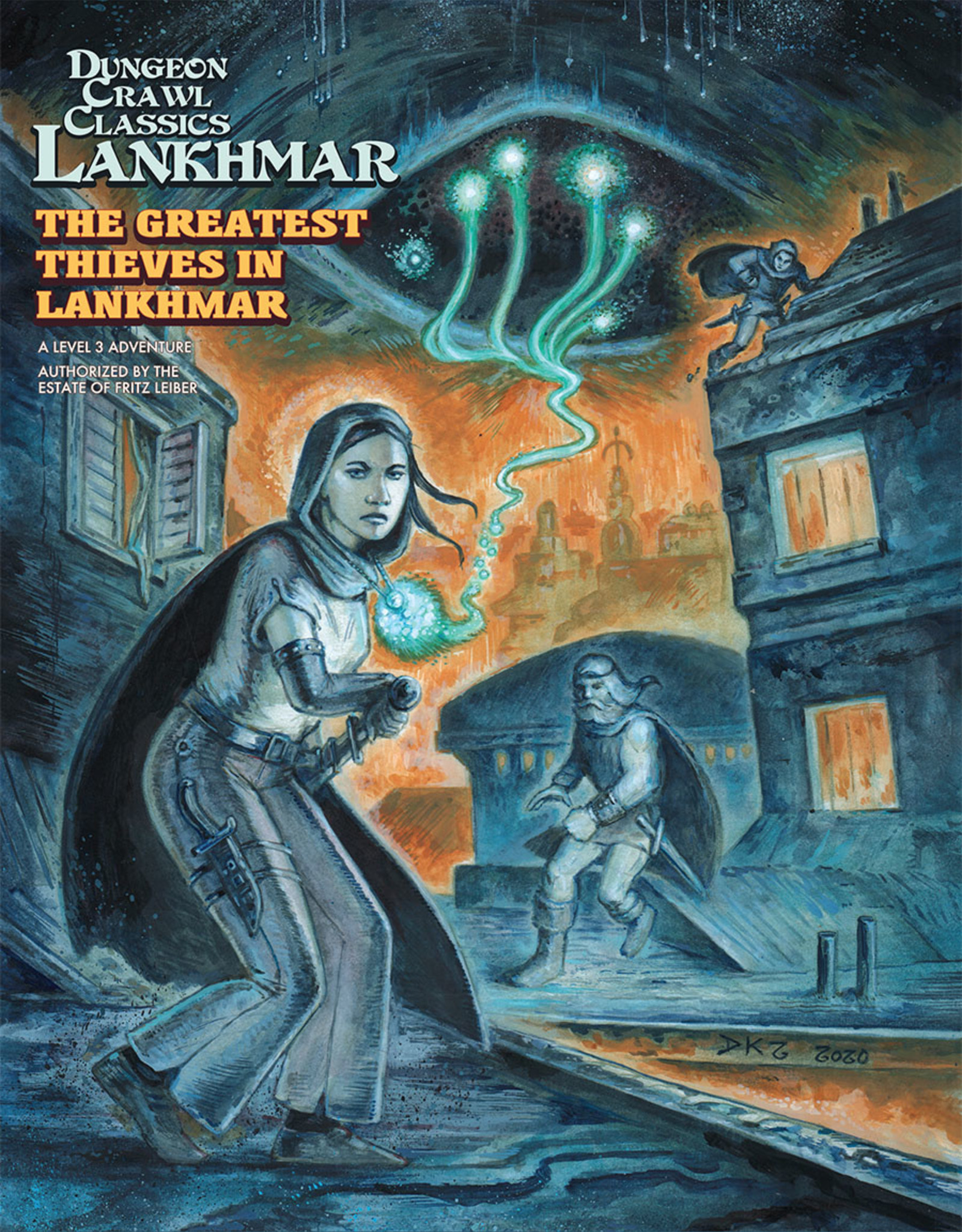 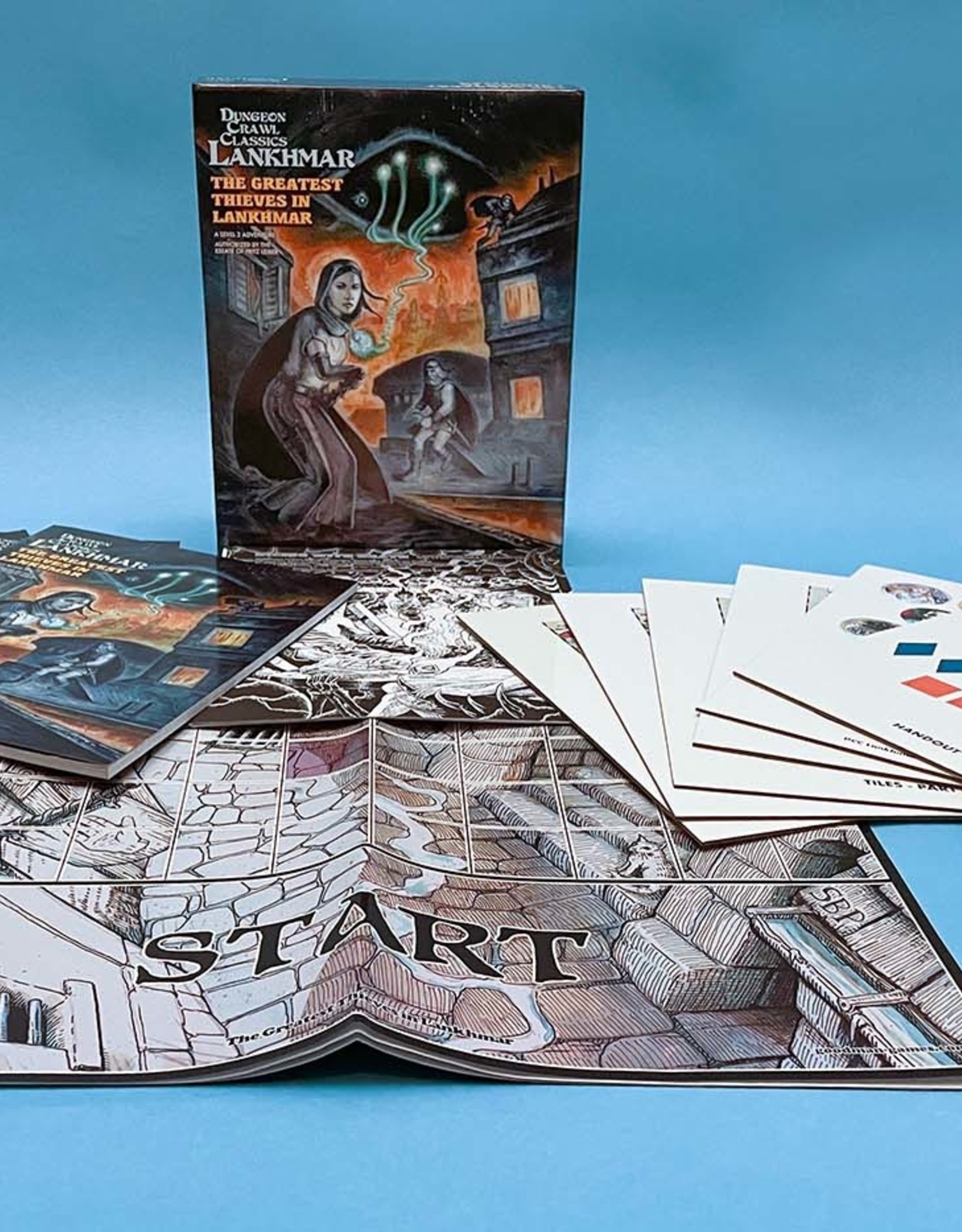 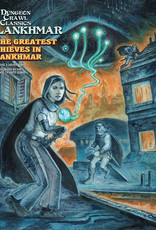 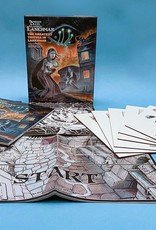 From the most famous city in the history of fantasy comes a sword-and-sorcery adventure that only the best gamers will survive!

The Greatest Thieves in Lankhmar is a Dungeon Crawl Classics adventure that sends characters into the hot cellars beneath Thieves’ House, across the sooty rooftops of the City of Sevenscore Thousand Smokes, and on to a mad dash through the palace of the Overlord. This boxed set comes with everything you need to run an epic adventure over several sessions, whether you run it stand-alone or as part of an ongoing campaign.

When you open the box, you’ll be in the company of legends. The Greatest Thieves in Lankhmar was first run as a tournament at Gen Con 2019, where 20 nationally competitive teams competed over four fantastic days and three hard-fought rounds. Characters died alone, lost beneath Thieves’ House, as their torches burnt out, one by one. After 44% of tables experienced TPKs, and nearly 6 in 10 PCs were killed, one team survived to win the tournament. How will your players compare?

INSIDE THIS BOX YOU WILL FIND: