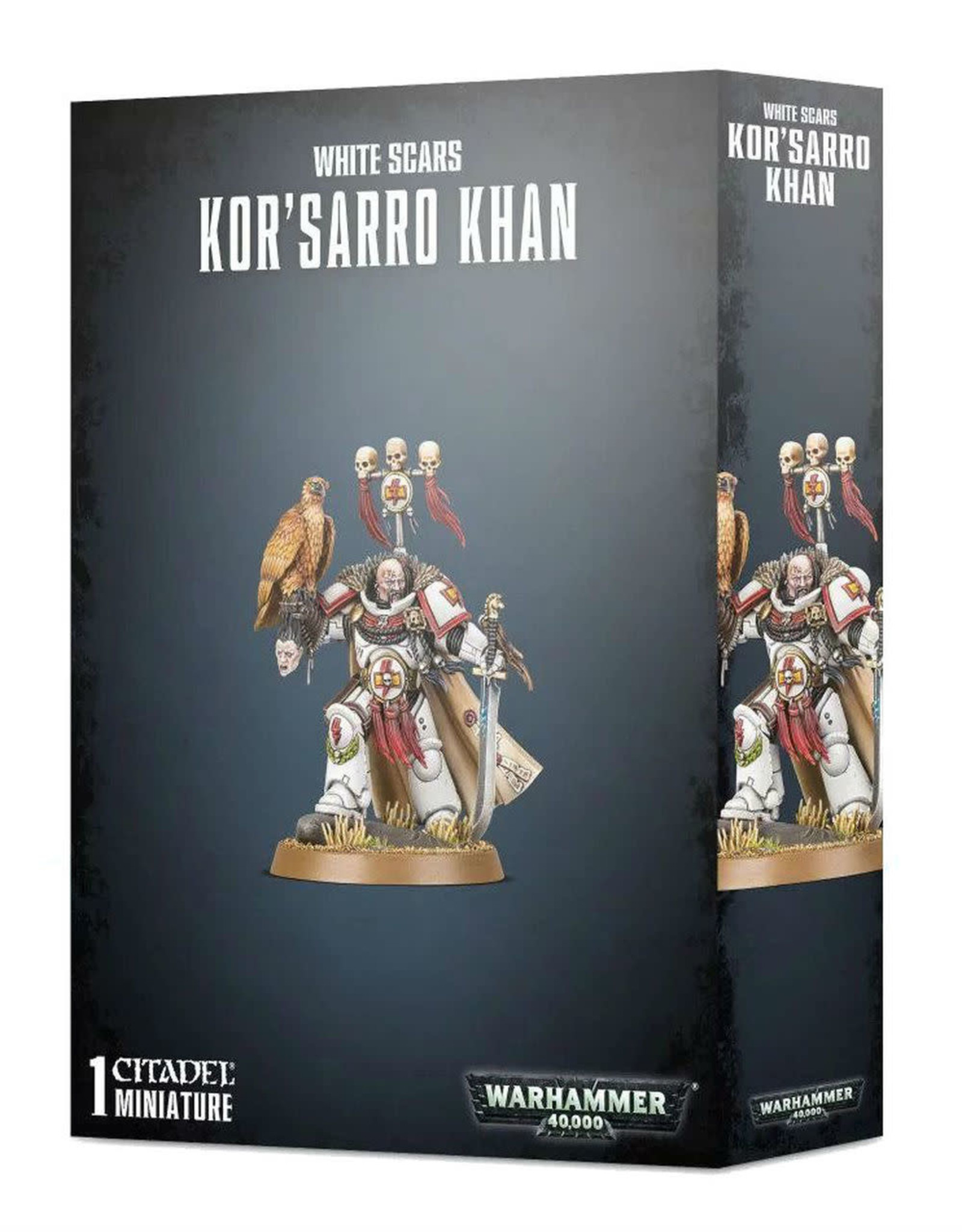 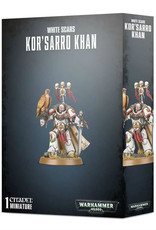 Kor'sarro Khan is the Captain of the White Scars 3rd Company. Fierce to the point of savagery, bold to the point of recklessness and brash to the point of insubordination, he is nonetheless one of the Chapter’s most accomplished warriors and it for good reason that he holds the title of Master of the Hunt.

A master swordsman, Kor'sarro Khan is even deadlier when dueling enemy Characters, whose skulls he will add to his already impressive trophy rack. As a Space Marine Captain he also inspires the White Scars around him to even greater acts of glory. Kor'sarro Khan is an exemplar of the White Scars Chapter, armed with the lethal blade Moonfang and accompanied by the cyber berkut Anzuq.

This 21-piece plastic set makes one Captain Kor'sarro Khan and is supplied with one 40mm Citadel round base.