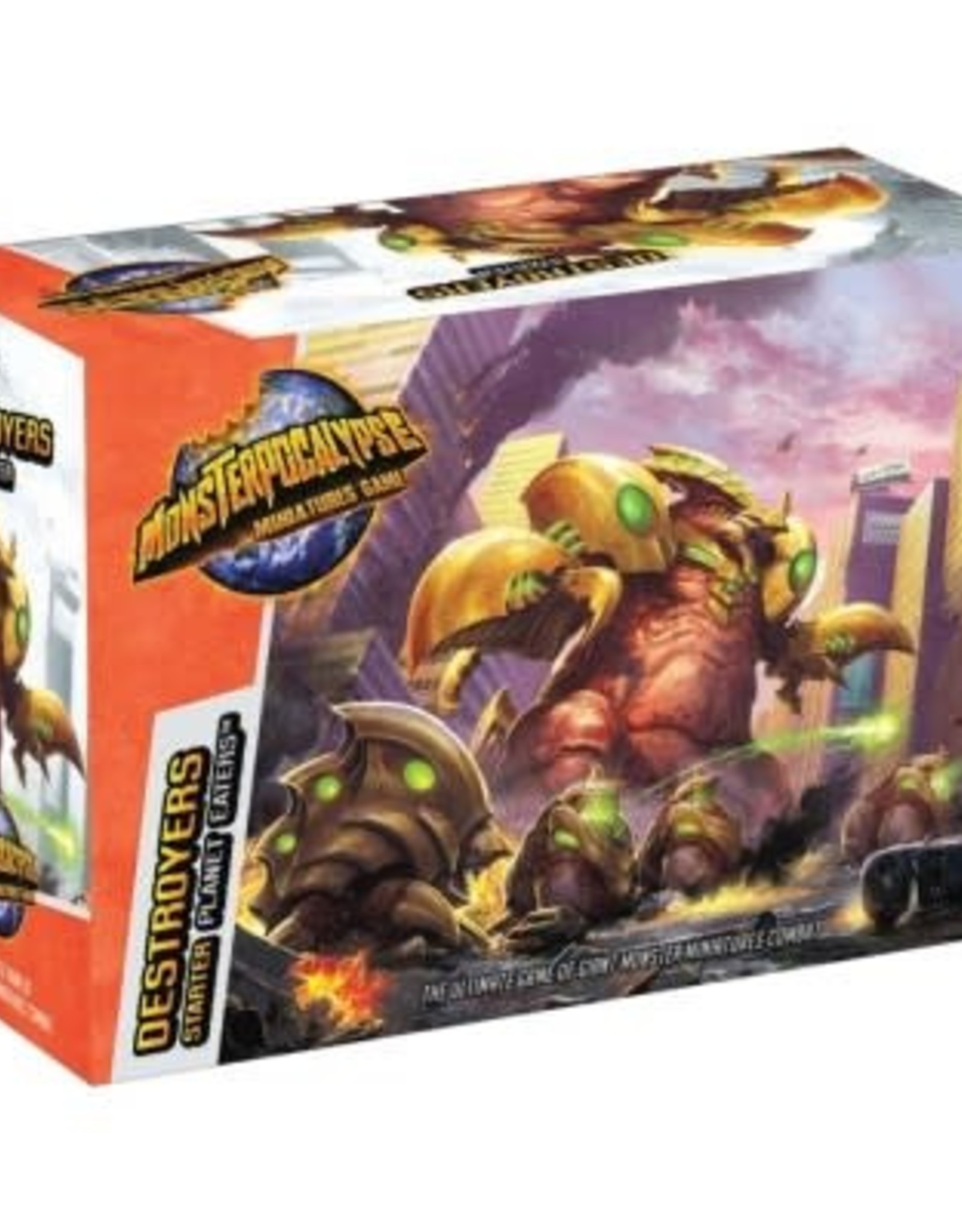 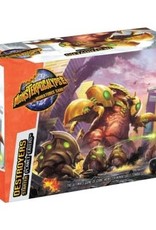 The updated and streamlined second edition of Monsterpocalypse, the hit collectible game released in 2008, is now a hobby miniatures game! Players choose a monster, its army, and its paint scheme before smashing apart the local metropolis in battle against an enemy monster and its minions!

Two different single-player starter sets offer players a choice between Protectors and Destroyers. Once a side has been chosen, players can expand and customize their force with Monster, Unit, and Building packs and tailor their play experience with a variety of supplementary accessories.